At last the rain has given us a brief break in the swamp state but now it is hot as hell.  It is 97-99 all week with heat indexes of over 105.  So far the ponies are fairing well.  I turn them out at night so they are inside under fans during the worst of it.  By the time I get home from work and ride it's a tad cooler.  I still just lightly hacked Poppy Tuesday evening.  It was miserable on both of us.  And those ugly helmet visors are awesome btw!  I let Baby L have the night off since he worked so hard Monday. 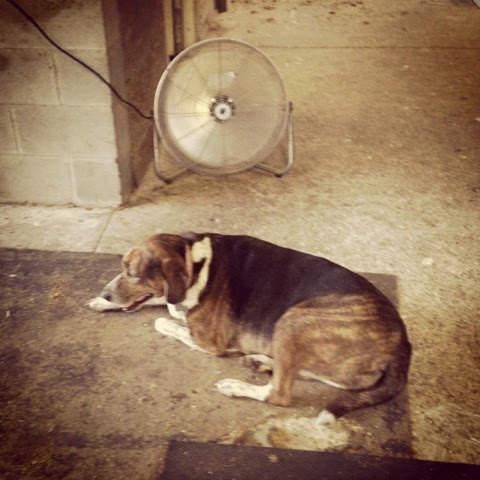 Wednesday I took Baby L to M's.  He rode L while I rode the pinto mare.  I need to play with bits on her.  I used a loose ring French link last evening and she was really heavy on my hands.  Last time I used a two ring snaffle and she would not move forward so I thought it was too much bit.  She was good in it once before though.  A bit is only as harsh as the hands that use it so though a 2 ring may sound extreme it doesn't have to be.  I might try it again and see if she was just tired that particular day and it wasn't the bit.  Another option I was considering is a loose ring Waterford.  I worked on lead changes again and she
is changing in front but not balanced enough for behind.  Left to right she is almost there though.
M said Luxxx was the best he's ever been with him.  He went to work and rode around with 3 others in the ring.  I am so proud of him.  He is really coming together.  He was a bugger loading on the trailer though.  Not naughty more like "It is too much effort to lift my legs.  I'm just gonna stand here and stare at you."  He is standing on my cross ties like a good citizen and tying at M's nicely.  I can clip his muzzle and ears without a fuss and he's leading in and out from the paddock without attempting to kill me.  Sniff, sniff, baby is growing up!  He thought my friend Becky's barrel pony was his bestest friend in the world. 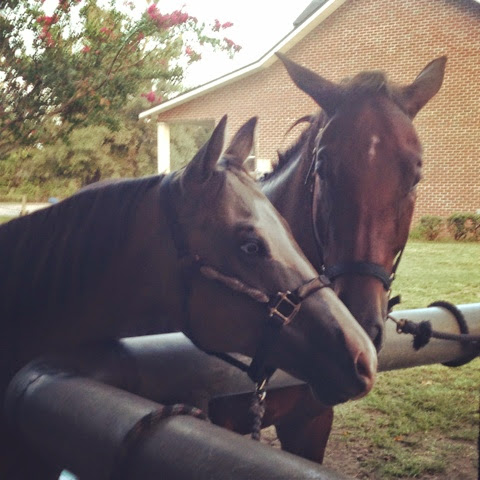 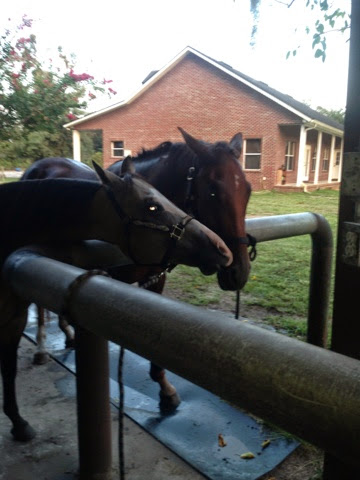 I plan to hack Ms. Poppy this evening.  J is coming to ride L Friday.  I plan to take L to a local unrated show the 29th & 30th to hang out and get used to the environment.  I might take paint mare if M can bring her to my place for some jumping sessions before hand.  Ms. Poppy shows next at an AA show Sept 18-21st about an hour from my house.  We will do the high adult jumpers and the NAL classic.  I've been out of the show ring since early July so I am excited.  I love showing that little grey mare.
Posted by Amy @ Diary of a Horse Obsessed Girl at 12:52 PM