Thank you for all of your suggestions for fixing saddle slipping!  Since others seemed to have similar slipping issues I thought I would share what has worked for me for the past several years for Poppy. 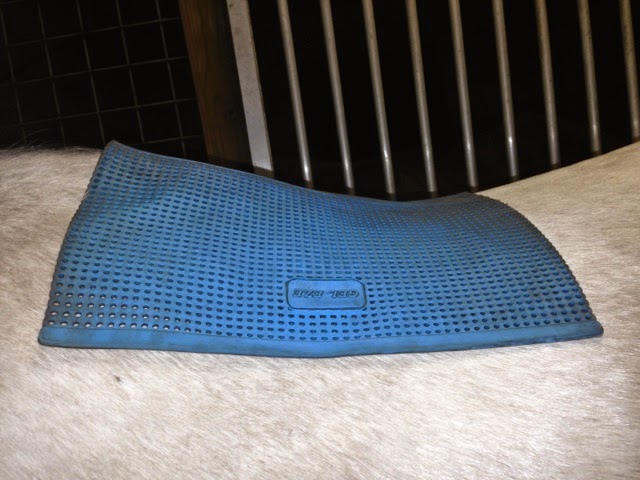 This small blue gel thing is amazing.  It's called Gel-Eze and was originally designed as a cold compress to go under bandages.  It also works  great as a non slip pad.  Another plus, it's inexpensive!!  I paid $25 at a mobile tack store at a show.  If you would like more info on them here is an online store I found that sells them.  Click here.
I use it at Poppy's withers, then put on the saddle pad, then half pad.
Here is Poppy's former half pad by Beval. 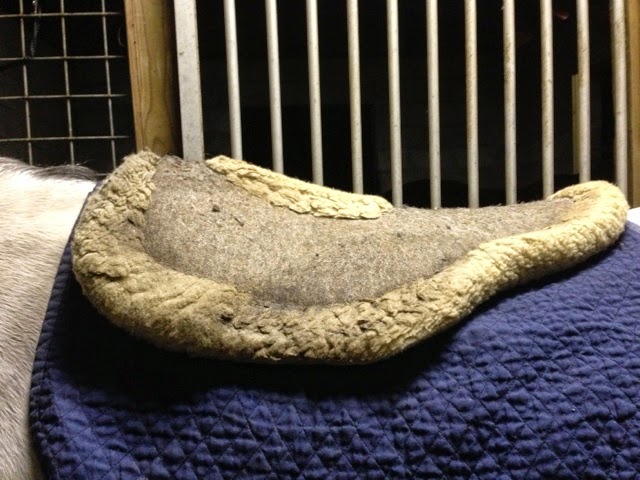 As you can see it is old and just needs to be retired.  RIP Beval pad.  It is thick and really did a good job with saddle fit.  When combined with the Gel-Eze I had no saddle slipping so I wanted a similar sized new half pad. 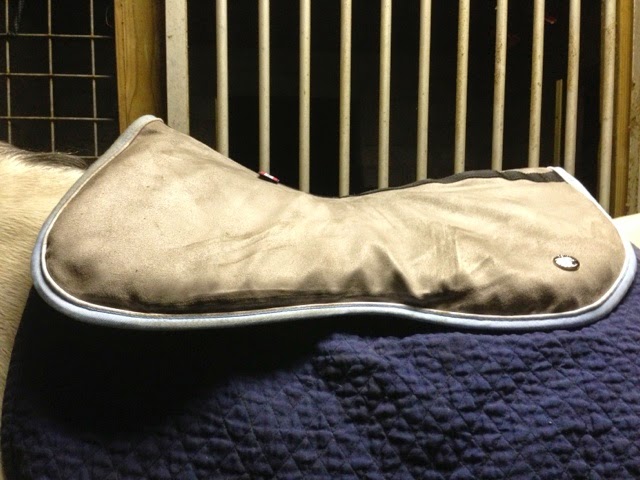 Although the Ogilvy didn't eliminate the need for the Gel-Eze, I am still very happy with it and love the look. 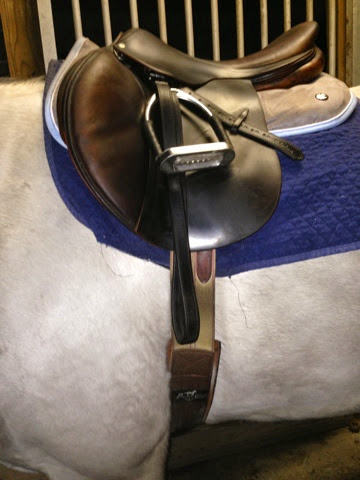 I switch between a Professional Choice girth and a fuzzy fleece one with Poppy.  I use the fleece one for shows mainly.  The girth I use doesn't help the slipping.  When I use the Gel-Eze there is no slipping with whatever girth or half pad I am using.
I am a fan of minimal tack/gadgets.  I only use a running martingale in the show ring.  So I love that the Gel-Eze is small and hidden under the saddle pad.  It is also small enough that it would fit under a hunter pad.
There's my sales pitch.  If you have any saddle slipping try the Gel-Eze! 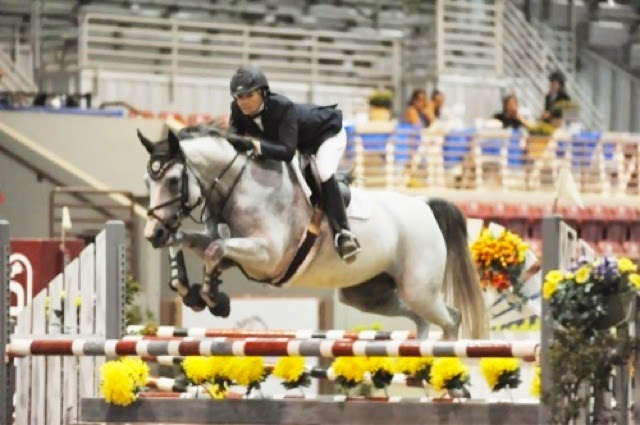 You'd never know it was under my saddle!
Posted by Amy @ Diary of a Horse Obsessed Girl at 12:06 PM