I know, it's been awhile.  Again.  Since last I blogged I had two weeks of showing Poppy and one show with Luxxx.
Getting back in the ring with Poppy after 7 months had its up and downs.  Mainly ups but we definitely have things to improve on.  The first week we got some thirds and I think 4th in the classic (I can't really remember).  Trainer said I was chasing her a bit so I wanted to smooth that out. 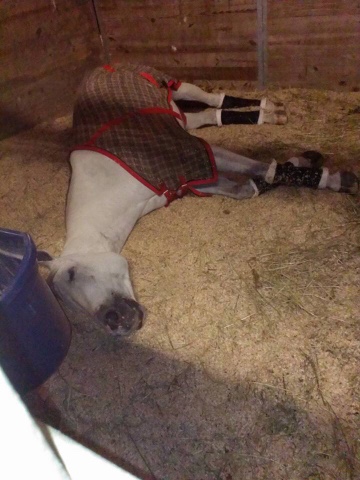 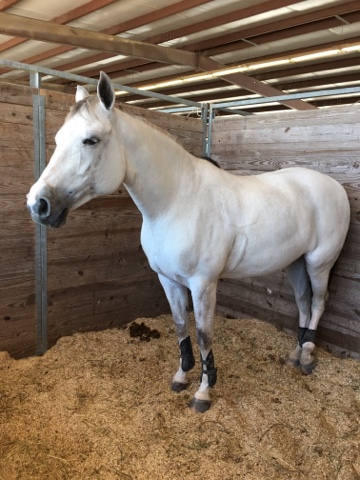 Apparently I wore the princess out
Week two started with a bang with a second place. Although in the jump off I left a stride early to an oxer and gave everyone (but me) a heart attack. It was a tight roll back and that's what I saw 😁 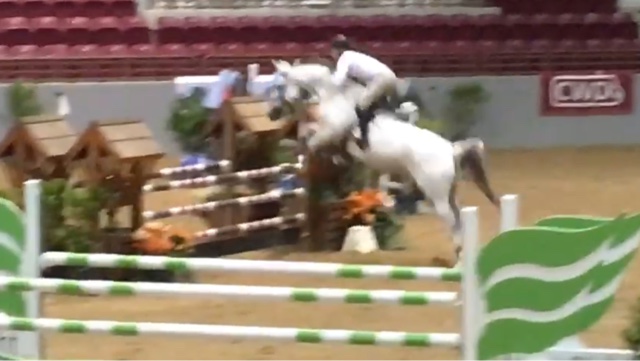 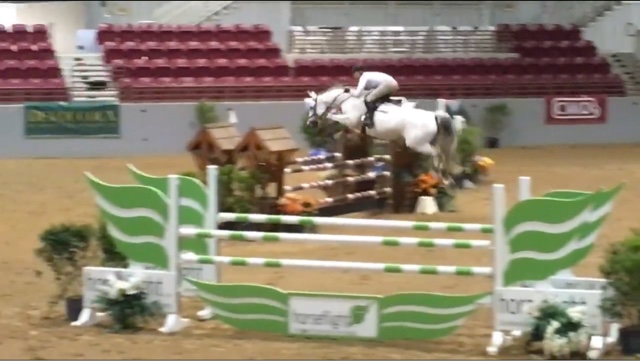 Then a bad miss on my part the next day made for an ugly rest of the weekend.  We still ribboned and won some money which is always nice but I was aiming for smoother.  At least the pictures were pretty. 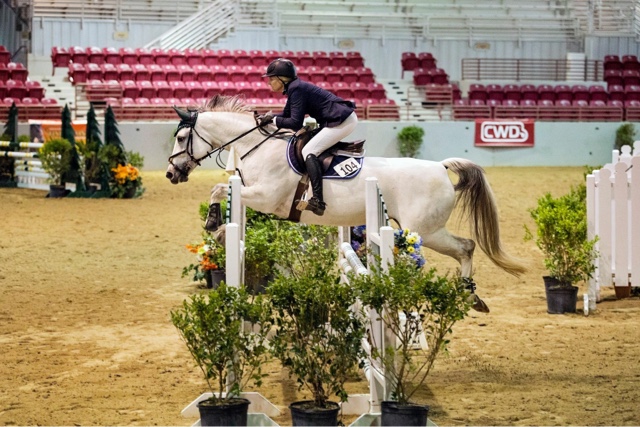 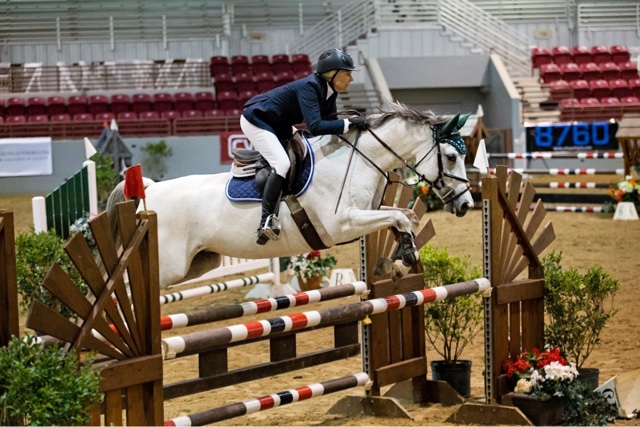 Then baby Luxxx had his turn at our local show organization's non rated one day show. Trainer wanted to ride him so she took the ride.  The jumpers go in the big covered arena so if the light isn't perfect it is impossible to see any video.  He schooled great Friday and was the first class (2'6 jumpers) at 7:30am Saturday.  I should have lunged him before but with horses to care for at home I can only do so much early in the morning.  The craziness of the warm up ring really rattled him and after getting run into head on twice his 5yo brain was like peace out.  Trainer went in the ring with zero warm up so you can imagine how that went.  By the third course he was really good and even got a ribbon. 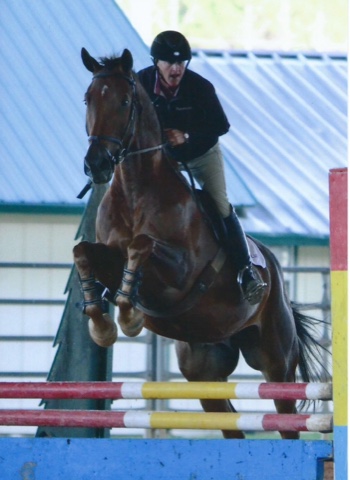 Look at how professional baby looks!!!
I was happy with him despite the circumstances and he just needs mileage which is what he is getting.  Their last show until fall is this weekend.
I'm still trying to find the balance of work, riding, and social life. I work a lot more that I used to so that makes it hard to keep 2 horses regularly schooled.  And because I am already spread too thin and tend to just continue to take on more I took on yet another horse endeavor.  More on that soon.  How's that for a teaser?
Posted by Amy @ Diary of a Horse Obsessed Girl at 7:12 PM