And now the moment I have been waiting for.  The moment where I can spill the beans!!!  I have to give you the back story first and explain why I didn't want to reveal anything.

The second week that I was at Winter Series I met a Holsteiner breeder.  My trainer was looking at one of his sale horses for a client of hers and I wanted to learn all about his baby horses.  I told him that my goal was one day to purchase a two or three year old with upper level potential.  Buying something that young would be the only way I could afford a Grand Prix prospect.  I also explained that I have to downsize and have 2 horses that I need to sell in order to pursue this goal.  He educated me about Holsteiners, his stallion, their lines etc.  He also told me that he does sales and to send him videos and pictures of my horses as he might have some clients who would be interested.

I sent him the info and he later contacted me with an offer of working out a deal that included trading my 2 horses Tank and Ketel for one of his 3 year olds.  I took some time to think this over and discussed it with trainers K and N.  They felt I should at least go look at his horses.  When Winter Series finally ended I made a trip out to his farm which was a good 2 hours away.  He showed me 2 of his 3 year olds.  A filly and gelding.  He said that after watching me show Poppy he felt I would be a great match with the gelding.  The fuzzy gangly chestnut 3 year old didn't look impressive on the cross ties but then he took him to the jump chute.  OH MY GOSH.  Helllloooooo.  I was in love.  I liked the filly too.  She is smaller and dainty.  She jumps beautifully but definitely belongs in the hunter ring.  While I was there I also looked at another sale horse for my trainer and while I watched and videoed him riding it he let me ride one of his 4 year olds.  At 4 it went in a frame, lead changes, and jumps little courses.  And HUGE stride.  He is the same sire as the 3 year year old gelding.

I went home and sent all the videos to K and N and got great feedback from them.  They agreed that the gelding showed great promise and could JUMP!  So then the following weekend K and I drove back out there.  The breeder graciously agreed to allow us to take him back to K's and have him vetted.  A few days later my vet came out and we did all the pre-purchase tests and x-rays.  My vet also sent the x-rays to UF Vet School for a second opinion.  When she heard he had old x-rays she wanted to see those.  Several days later, which seemed like years we got everything back.

FINALLY on Friday morning in the pouring rain I hauled Tank and Ketel to their new home, picked up another sale horse for K, drove to K's barn to drop it off, and take my new baby home.  I have tried to make this short and to the point without boring you with all the unimportant details.  At times I didn't think this was going to work and it was stressing me out beyond words because I didn't have any other options.  I worry, I fret, and I stress out.  So much went into making this work and with so much effort from several people.  I am so thankful to have each one of them in my life and so happy to report this worked out.  I miss Tank terribly.  I have had him for 6 years.  I just hope he gets a new owner to spoil him and give him all the time and attention he craves. 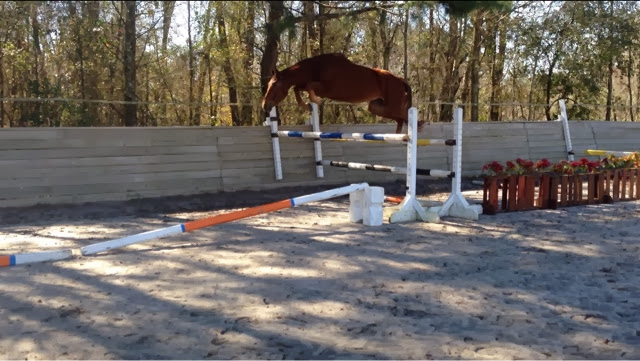 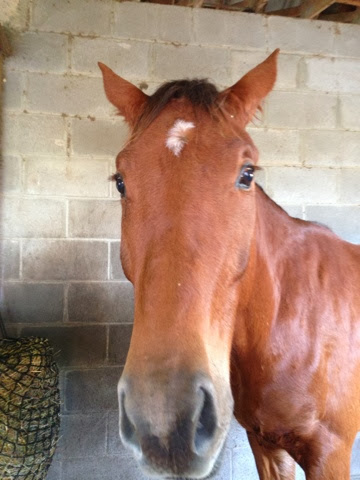 My what a large head you have. 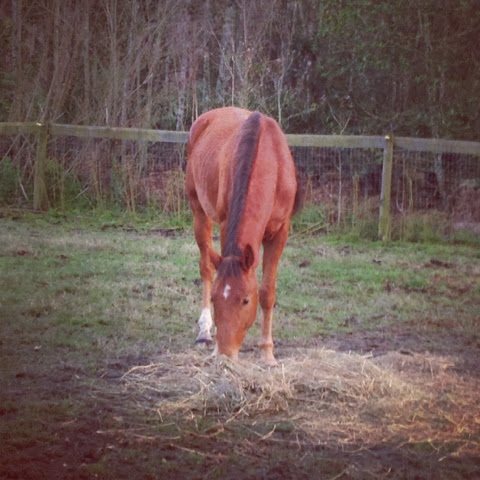 It's been an exciting weekend.  He is settling in and getting into his new routine.  I will also update you on my FUN ride with Poppy next!

Posted by Amy @ Diary of a Horse Obsessed Girl at 7:10 AM